Apple Inc. will have to wait until at least 2019 to be able to move beyond Samsung Electronics Co. for significant alternative supplies of next-generation, organic light-emitting diode screens for iPhones, according to people familiar with the matter,” Min Jeong Lee and Pavel Alpeyev report for Bloomberg.

“LG Display Co., a long-time supplier of liquid crystal displays for existing iPhone models, is targeting full-fledged shipments of OLED screens in 2019, with only small shipments possible towards the end of next year, the people said, asking not to be identified because the matter is private,” Lee and Alpeyev report. “LG is still negotiating the size of upfront payments and details, though talks are in the final stages, said one of the people.”

“LG has been in discussions with Apple to supply OLED technology as quickly as possible, but it’s come across multiple challenges, the people said. Securing evaporation machines, a key tool in churning out the displays, has been difficult, after Samsung’s display arm beat LG to booking several units, or years of orders, from supplier Canon Tokki Corp., one of the person said. Though LG finally managed to secure these machines this year for installation, it has to scramble to get the production yield sufficiently up to meet Apple’s requirements,” Lee and Alpeyev report. “Apple typically introduces new iPhones each fall so it may ship the first OLED phone with LG technology in late 2018 with limited supplies. Alternatively, it could wait to add LG models later in the life cycle of the next model.” 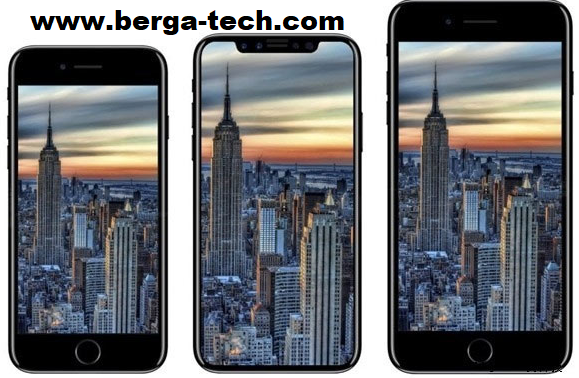 At this point everyone who cares to know knows that Apple has a new iPhone coming soon. One of the biggest changes for that new device is a move to a nearly bezel free OLED screen for the top of the line iPhone that has been called the iPhone 8 for a while. We still don’t know the official name for the device.

As of now Apple is reported to be getting its OLED screens from Samsung exclusively. Apple Insider reports that Cupertino wants to add LG as a screen supplier as well. The catch is that report now indicates it will be 2019 at the earliest before LG is able to start producing screens for Apple.

People claiming to be familiar with LG’s plans say that the company wants to reach full OLED production capacity in 2019 with smaller batches of OLEDs possibly available as early as late 2018. LG is also tipped to be in talks with Apple right now on component pricing and other details of the deal.

Apple and LG already have a supply deal in place for small panels that are used in the Apple Watch. LG has reportedly had issues with production for OLED panels large enough to use in smartphones. The company has purchased machines to help with production. This all means that the iPhone with OLED screen will likely be in short supply.