A large number of inches of columns have been laid out to describe and explain the fundamental scalable interconnects of AMD: Infinity Fabric. HyperTransport Superset, this interconnect is designed to allow CPU and GPU from AMD to communicate quickly, with high bandwidth, low latency, and low power with the ability to scale into large systems. One result of Infinity Fabric implementation on the processor side is that it runs on DRAM frequencies in the system, with an increase in secondary potential on performance while using memory faster. The debate between enthusiasts, consumers and the general public in terms of Ryzen's memory performance and has been a raging topic since the AGOSA 1.0.0.6 BIOS update was introduced a few weeks ago. We dedicate some time to test the high-performance memory effect on Ryzen using the latest Night Hawk RGB Group Group memory. 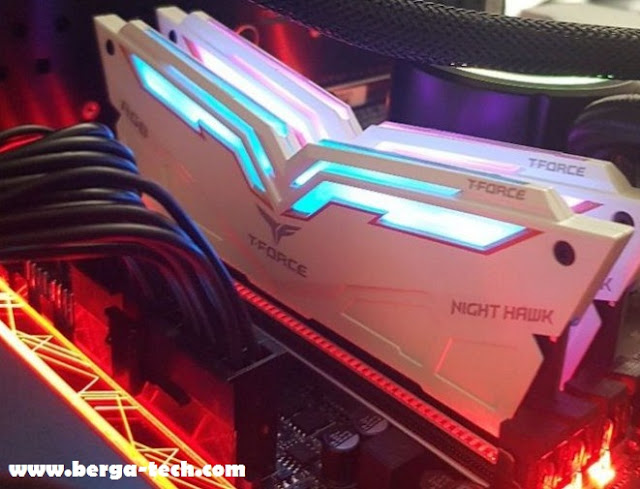 Usually ignored by many people when deciphering components for the new system, memory can be a key role in the operation of the system. Over the past ten years, memory performance for consumers has generally not matched memory speed: we tested this for DDR3 for Haswell and DDR4 for Haswell-E, and two main conclusions came out of the test:
So, perhaps not surprisingly when reading on the forum that the widespread general comment is that "memory speed over DDR4-2400 is not a problem and is counter by the manufacturer". It has the potential to change with Infinity Fabric from AMD, where interconnect speeds between sets of cores are directly connected to memory speed. For any workload that transfers data between cores or to main memory, Fabric Infinity speed can potentially affect performance directly. Despite the fact that pure speed is not always the 'all and end of everything' to achieve performance gains, it has the potential to provide some advantages with this new interconnect design. 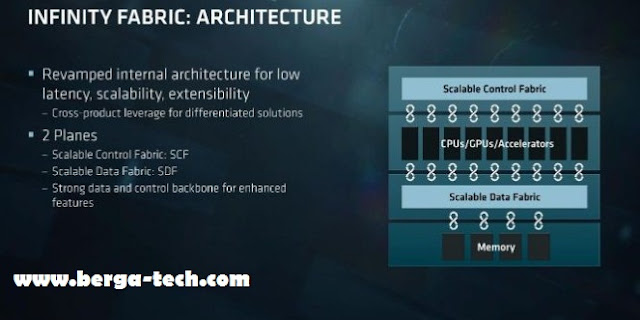 SCF is about control: power management, remote management and security and IO. Essentially when data must flow to various processor elements other than main memory, SCF is in control.

SDF is where the main memory access comes into play. There's still management here - being able to set buffers and queues so that priority helps latency, and organizations also rely on fast implementation. The shift below leads to the implementation of IF in AMD server products, such as power controls on individual memory channels, but still relevant to speed up the consumer workflow. 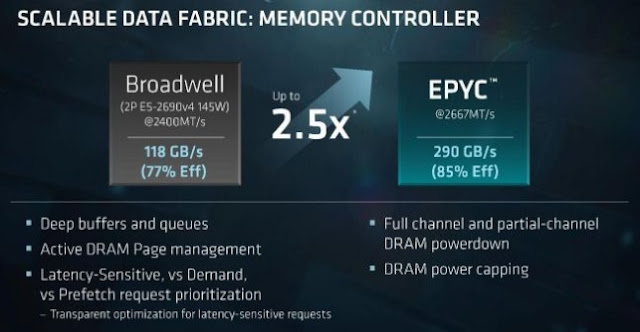 AMD's goal with IF is to develop interconnects that can be offset beyond the CPU, CPU group, and GPU. In the EPYC server product line, IF not only connects the core in the same silicon part, but silicon is in the same processor as well as the processor for the processor. Two important factors go into design here: power (usually measured in energy per bit transferred) and bandwidth. 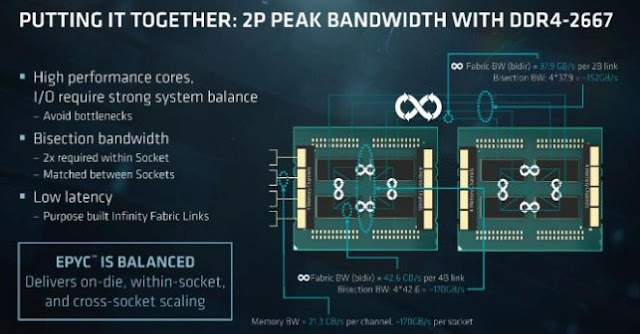 Bandwidth IF is designed to match the bandwidth of each major memory channel, creating potentially unified solutions without the use of buffers or large delays.

Discussing IF in the server context is somewhat beyond the scope of our testing in this article, but the point we want to convey is that IF is built with a wide product coverage. On the consumer platform, even though the IF is not necessarily familiar with such a large level on the server, the potential speed of IF affects performance equally high.

At the Ryzen launch, a number of industry sources openly revealed to us that the platform side of the product line has been skipped. There is little time to do a full list of DRAM compatibility, even with standard memory kits on the market, and this leads to some problems for early adopters to try and get appropriate equipment that works well without some adjustments. In a few weeks it was ironed out when memory vendors and motherboard vendors could test and customize their firmware.

Leaving aside this is a lower-than-expected level of DRAM frequency support. During the launch, AMD has promised that Ryzen will be compatible with high-speed memory, but reviewers and customers have problems with high speed memory kits (3200 MT / s and higher). This problem has been addressed via a motherboard BIOS update wave built on the latest version of AGESA (AMD Generic Encapsulated Software Architecture), specifically up to version 1.0.0.6.

Given that the Ryzen platform itself has matured over the last few months, it is now time to test the scalability of the Zen AMD architecture to see if performance can improve consistency with raw memory frequency, or if performance achievements are achieved at all. For this test, we use the latest Night Hawk RGB Team Group memory kits in different memory circuits under a series of shorter CPU benchmarks and CPU gaming.