Alphacool HDX-5 is a combination of RAID controller card and massive cooler. It has two slots for the M.2 SSD Socket and two additional SATA slots, which allow you to create RAID 0 or 1 groups. The PCIe 4x card also provides up to 3,900 MB / s bandwidth.

With Alphacool HDX-5, you get a RAID controller card along with a large heatsink for your SATA SSD M.2. This card also has two SATA connections in the end, to connect your normal SATA drive. This lets you choose whether you want to connect two SSD Sockets M.2 together for RAID 0 or 1, or if you want to connect one SSD M.2 to each hard drive in the SATA slot to create a RAID group, or just use two hard drives in normal SATA slot. Alternatively, you can use two SATA M.2 slots in the RAID group and use the normal SATA slot for an additional hard drive for your system. 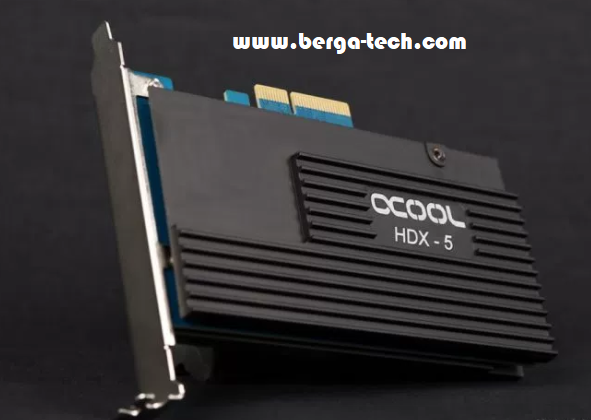 So connections to other systems are not a bottleneck, Alphacool uses a PCIe 4x PCI card that provides bandwidth of around 3,900 MB / s. That's almost 600% more than a conventional SATA connection with about 640 MB / s. In fact many motherboards only have PCIe 2x for slot M.2, which is basically half of the possibility of PCIe Alphacool 4x card bandwidth. 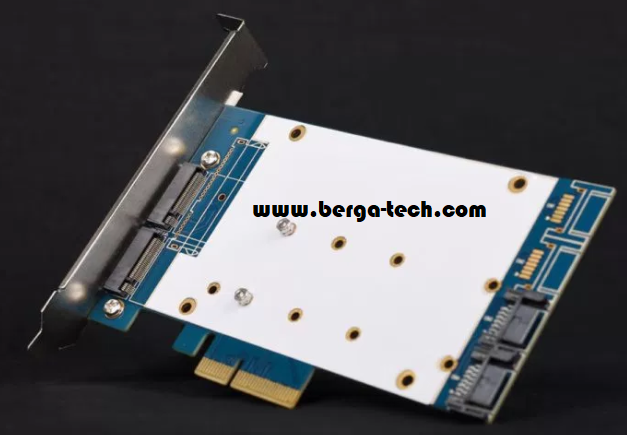 The large HDX-5 cooler prevents the M.2 SSD from decreasing speed, which generally happens very quickly during large data transfers due to overheating. When this happens, SSD performance drops to about 10% of its actual capacity. With the enormous HDX-5 cooling, which covers your entire SSD, this possibility will almost entirely be eliminated. Unlike M.2 connections on the motherboard, which are difficult to cool because of their position near or below the graphics card, HDX-5 does not have such problems.

The Alphacool HDX-5 is a cooler and a RAID controller in one. It packs two M.2 SATA SSD slots and two classic SATA slots.

High-Performance and Ultra-Fast Bandwidths
The 4x PCIe plug-in card provides your SSDs with a bandwidth of around 3900 MB/s. This is far superior to the normal SATA slots that offer around 640 MB/s, and even most M.2 connections on a motherboard often only provide around 1900 MB/s.

M.2 SATA SSDs often overheat and throttle high leads to a drop in performance. This can lower performance down to 10% of actual capacity. When motherboard’s M.2 slots are vulnerable to heat, using the Alphacool HDX-5 would be a better option. 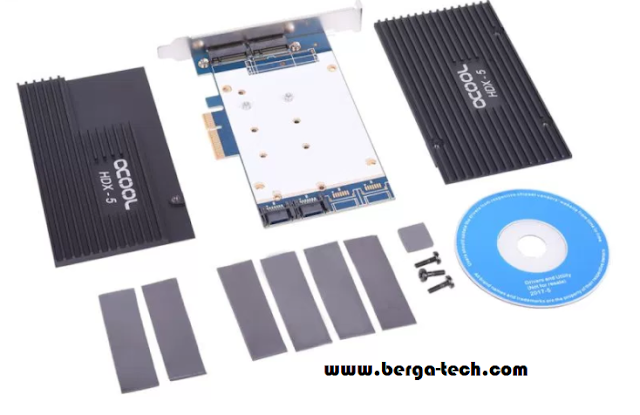