Android 8.1 Oreo Lets You Hide 'Running the Background' & 'Drawing Over Other Apps' Notifications

One of the main themes of Android 8.0 is battery repair. Google imposed background restrictions and some other default changes, but the largest battery-saving measure is almost hostile: A static notice that tells when your app is running in the background.

This notification can not be fired, so it's possible that Google is doing this with the intent of annoying users. You know, if an app has not been updated to target the new Oreo API, the background limit will not actually work. And since Google can not force developers to make their apps more battery-friendly, they do the next best thing: The wrong user by calling apps with bad code with non-removable notifications.

For security purposes, they also add static notifications when you have apps that app other apps - for example, popup apps and floating bubble interfaces like Facebook Chatheads. This could theoretically trick you into pressing a button you do not want to press, so there's something to do.

Thankfully, the newly launched Android 8.1 update has a compromise for both of these issues. With a little work, you can now hide "Apps running in the background" (now called "Apps using the battery") and "Drawing more from other apps" notifications.

Hide 'Drawing Over' Notifications from Other Applications'

When an app pulls over other apps in Android 8.1, you'll still see the notification "Drawing on top of another unlucky app". You still can not swipe it, but you can get rid of it altogether.

Just tap on the offending notice, then turn the switch off to the inactive position, and you'll never see this notification for that particular app again. It will still appear for other apps, but you can give them the same treatment. 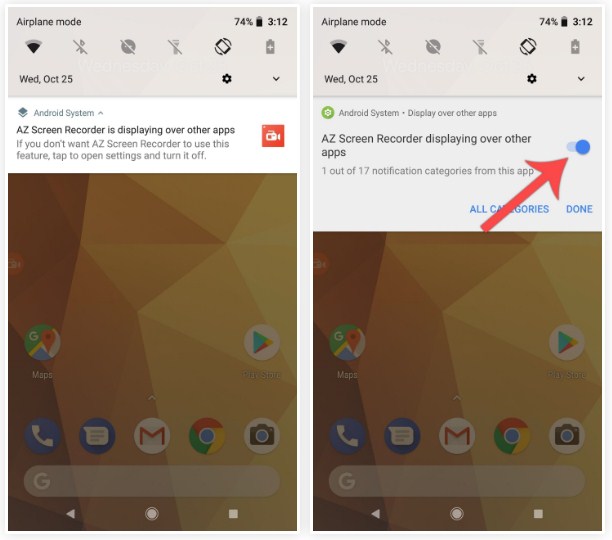 As for the notification "Apps running in the background", still in 8.1, but now written "Applications that use the battery". Again, you can not swipe it, but you can press it long, then turn off the toggle button to hide notifications for that particular app (as with the "Drawing on top of other app above) notifications.

But there is a better way to handle this one that gets to where you will never see this type of notification again. To get started, just go to Settings -> Apps & notifications, then tap "View all apps". From there, press the three-point menu button in the top right corner and select "Show system." 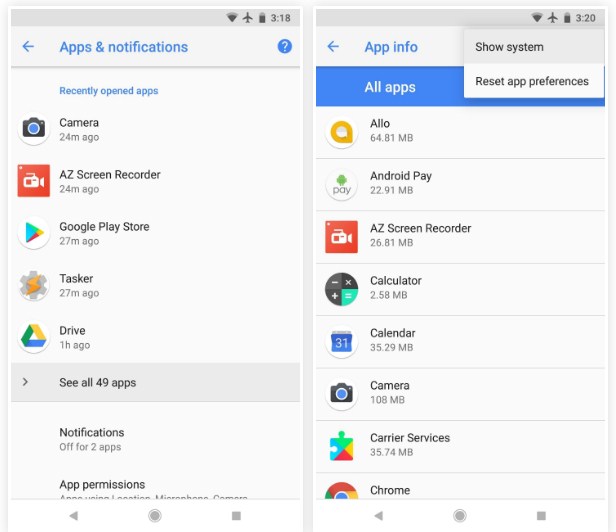 Next, scroll down a bit and select the "Android System" app. From there, tap the "App notifications" entry on the next screen. Finally, scroll down and find the "App using battery" setting, then disable the switch next to it. From now on, you will not see notifications when apps run in the background! 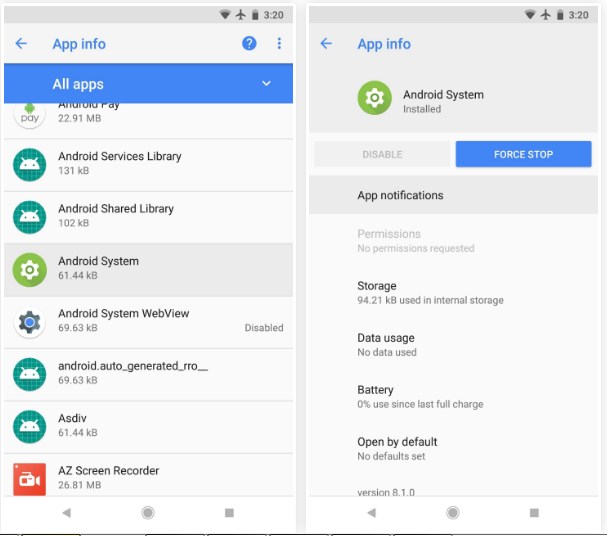 These are just a few of the many changes to the new Android 8.1 update, which will be rolled out to all eligible Pixel and Nexus devices as official updates in December. But if you want to try Android 8.1 now, or if you just want to know more about the changes, be sure to find our full article on the topic below.