Smartphones lately are getting bigger and bigger. Previously it was a 4.5-inch, now almost 6.0 inch screen. No one today is satisfied with 4.5 inches. Even Apple had to succumb and release Plus models that support the trend. But with such a large display and especially, the new 18: 9 aspect ratio, it is difficult to use a one-handed phone. Android already has a solution for this. But I like Apple iteration better. Most Android phones actually shrink the entire screen, while Apple only shortens the top to bring it closer. They call it "reachability."

Now, you can use Android capabilities also without roots, by order of XDA. An application called One-Handed Mode is listed in the Play Store and can be used with Android 4.3 and up. To enable the app after the first boot, the user must grant permission. It will require PC and ADB if you are not rooted. The settings are quite simple.

The app itself is free but some features of the phone are not. For example, a toggle to enable reachability would require $ 0.99 along with some other customization options. If not, you must open the app and activate it manually. After November 3 the price will be $ 1.99.

One-Handed Mode does not play well with all apps so it has many bugs. However, bug updates and fixes should be followed as soon as the Play Store comment section.

We will link to the app below if you want to give it a try. If you do not know the steps, we will give you a few short steps below. This requires the use of ADB to grant him certain permissions.

1. Enable USB Debugging on your smartphone

2. Connect your phone to your PC, you'll see a notification on your phone that will tell you the fashion of the connection. Set it to transfer files. 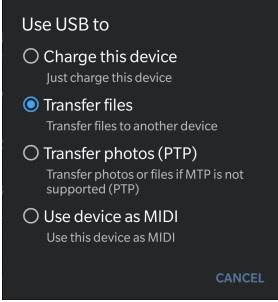 3. For Windows, you’ll need the Minimal ADB which contain the ADB files. Download it and Extract it to a new folder. Also install ADB USB Drivers so that ADB can detect your device.

4. Hold shift and right-click in this folder to open up the context menu. Select “Open command window here” or “Open PowerShell Window Here.” 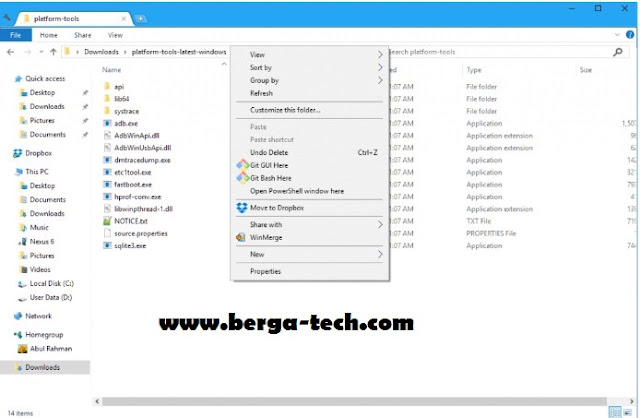 5. Enter the command adb devices at the command prompt. This will trigger a prompt asking your permission for USB debugging on your phone. Allow it. This should grant permission and you should be able to use the app. The app has 4 new ways to toggle One Handed Mode,