Google has just released a preview image of the Android 8.1 Preview image for compatible Pixel and Nexus devices.

The factory image is available for download at the link below, even though the OTA file has not been released yet. 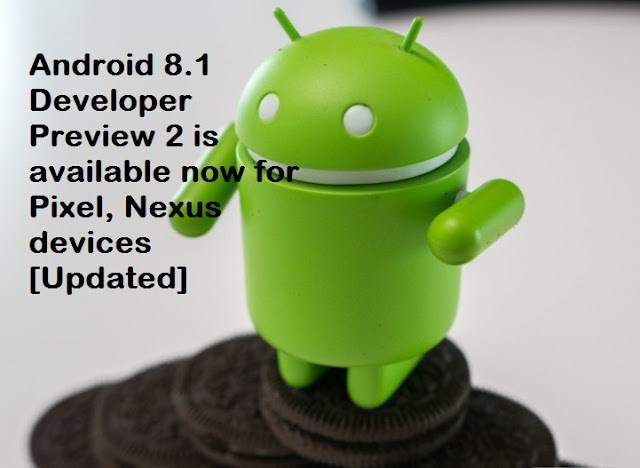 There are two ways to get the second dev preview. If you have an unlocked bootloader, you can grab the updated system images and flash them with ADB. They all come with build number OPP6.171019.012. There are images for all the existing text devices including the Pixel 2, Pixel 2 XL, Pixel, Pixel XL, Pixel C, Nexus 6P, and Nexus 5X.
If you're not a fan of sideloading updates, the easiest way to get the latest 8.1 preview is by signing up to the Android Beta Program. You may have to wait a day or two to receive updates in this way, but it's easier (and safer) than sideloading. If you prefer sideload updates but need a refresher, feel free to check out our guide here.

Although this software is still beta, it should be much more stable than the first 8.1 preview. Google says this is a "final system image approaching the end for final testing", so you should have a much more stable experience than ever before. Keep in mind that the official launch of Android 8.1 is scheduled for December, so you do not have to wait any longer until Google releases version 8.1 consumers.