Consumer Reports, which has put iPhone X through its pace since launch, is confident enough in the handset to recommend it to potential smartphone buyers, and then put it on the Top 10 list of new devices for this year.

However, after testing is over, iPhone X has apparently fallen behind the Galaxy S8 + not only, but also the iPhone 8 and iPhone 8 Plus. Based on their testing, when it comes to battery life and endurance, this new flagship smartphone from Apple is behind the handset.

Consumer Reports conducts trials for smartphones, basically aiming to simulate real-world scenarios where the device might fall. That means dropping the phone in various ways, and making it land on various angles, from a height of about 2 and a half feet. Interestingly enough, the results show that despite having similar designs and materials, the iPhone 8 and iPhone 8 Plus came out slightly less damaged than the iPhone X. 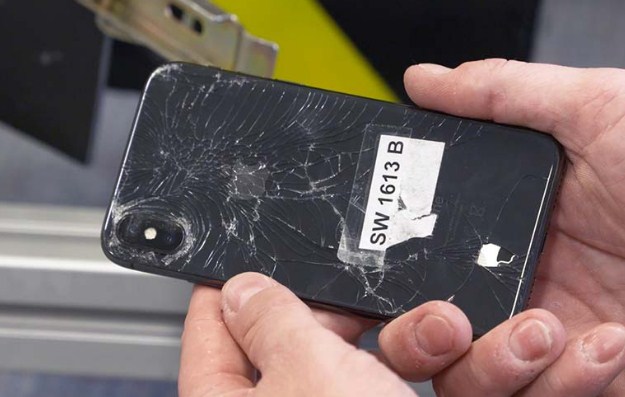 In a fall test, which sees up to 100 drops, iPhone X shows significant body damage, with the back split in the main ways. The two test units actually have a screen flaw after the drop test as well. The same test does not show nearly the same damage as the iPhone X. And these three smartphones have little damage to the front display.

"The purpose of all these repetitions is to expose the phone to the impact of various angles.

We fell three samples from the iPhone X. The first one was fine after 50 drops, but the glass behind was significantly cracked after 100. The other two phones ended up with a dysfunction after 50 drops. Although the windshield was not cracked, some bright green bars stretched above the screen from top to bottom. "

Meanwhile, in the department of battery life, iPhone X managed to get rid of the iPhone 8, but poses compared to the iPhone 8 Plus - and especially the Samsung Galaxy S8 +:

"Robots browse the internet, take pictures, use GPS navigation, and of course make phone calls.We run all smartphone battery tests with screen set up to 100 percent brightness.If you use a mobile phone, or adaptive, brightness, the battery should last longer.

In our tests, the iPhone X battery lasted 19.5 hours. That's right in front of the 19 hours recorded by iPhone 8 and iPhone SE which are much smaller but under 21 hours recorded by 8 Plus - and this is much less than the 26 hours that Samsung delivered S8 and S8 +.