'Meridian' is the final form of the work that has been going on - packed into a better UI along with the website etc.

This is an early alpha version of the complete tool, which includes everything achieved in the original v0rtex-S branch into what is expected to be the right jailbreak tool. That includes r / w on root, kernel r / w, basic amfi patch, and dropbear / SSH. This exact project is currently closed-source until there is a public beta version, which is expected to come in a few weeks. I want to keep it closed now because I do not want anyone trying to make a project clone and cause damage to someone else's device, or try to pull a gun and install Cydia etc. 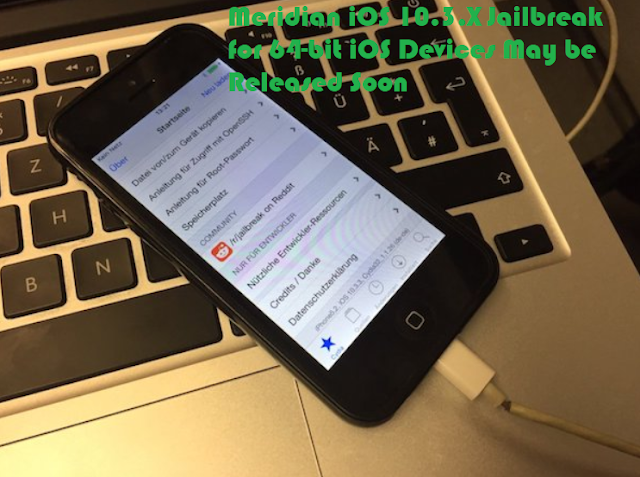 He has also shared a video to demonstrate a successful Meridian demo jailbreaking iPhone 7 (iPhone9.3) running on iOS 10.3.1.

So it looks like the jailbreak Meridian will be compatible with iOS 10.3.1, iOS 10.3.2, and iOS 10.3.3, the latest release for iOS 10. iBSparkes has not provided ETA yet has mentioned that will be coming soon.

After a long period of inactivity, there was panic activity in the jailbreaking world, first with the release of iOS 11.1.2 jailbreak To.Panga, followed by LiberiOS release, first jailbreak for iOS 11 - iOS 11.1.2, iPhone X and iPhone 8 / iPhone 8 Plus yesterday.


We will continue to install it as soon as the iOS 10.3.x Meridian iOS jailbreak for the 64 bit iOS device has been released.

Have you waited for the iOS 10.3.x 64 bit jailbreak? Let us know in the comments below.