Features: Like most manufacturers in the modern world, executives at Samsung will feel anxious to see some aspects of the device leaked ahead of the press conference. Most of the leaks are accurate, meaning we already have a pretty decent idea of what to expect with S9 and S9 +. However, it is the bit we did not expect to be the most interesting. For example, from a design perspective, the two devices - compared to last year - now have a glass design consisting of 20 percent thicker glass to enhance durable and strong strength. Samsung has also upgraded to the 7000 Series aluminum and made savings on dimensions by making both smartphones shorter and narrower than the Galaxy S8 / S8 +.

US consumers will get a set of smartphones powered by Qualcomm's Snapdragon 845 chip (outside the US will be powered by Samsung's Exynos chip) with 2.8GHz and 1.7GHz quad core processors. The larger Galaxy S9 +, which can really be considered a flagship, has an amazing 6.2 inch AMOLED display, 6GB of RAM, and 3,300 mAh battery to stay on. If a smaller device is on your agenda, the S9 is amazing by itself and comes with 4GB of RAM, a smaller 3,000mAh battery, and an AMOLED Super screen that is as beautiful as 5.8 inches. All other device features remain the same except to include dual-lens cameras in larger S9 + variants.

Both devices are equipped with a 12 megapixel Super Pixel Dual Pixel rear camera sensor which is highly qualified with OIS and multiple aperture, with one having f / 2.4 aperture for shooting bright scenes, and the second coming with w / wider aperture wider for Fixed photography with low light. 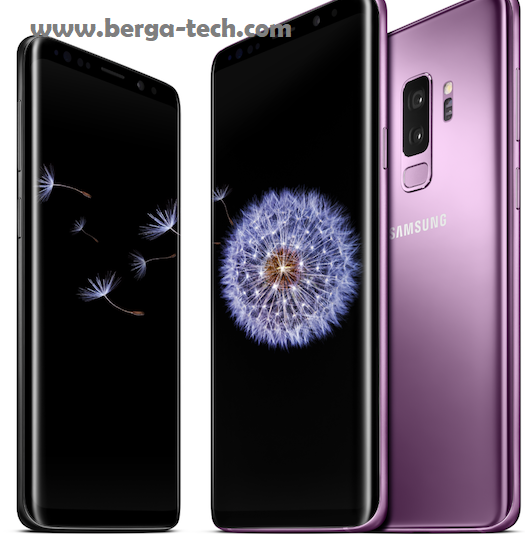 Galaxy S9 + runs slightly above and beyond by throwing an additional 12 megapixel telephoto lens that offers optical zoom and blurry effects, similar to the Apple Portrait mode introduced with the iPhone 7 Plus.

Samsung has also introduced a camera feature called "AR Emoji," which sounds and functions similarly to Apple's iPhone X Animoji and Bitmoji Snapchat features. With AR Emoji, Galaxy S9 owners will be able to "create emoji that look, sound and act like them" using "machine-based learning algorithms" and then create 3D models.


Apart from all this, the Galaxy S9 series also features a front-facing 8 megapixel camera, fingerprint sensor relocated on the back, using face + iris scanning to unlock all at once, Android 8.0 Oreo feature with Desktop Experience using the new DeX. Pad, which lets users use S9 as a trackpad, capture Super Slow-mo at 960fps, 4K @ 60fps video recording, stereo speakers, and more.