Motherboard Review: Gaming On a Budget MSI B350 Tomahawk

Without major keywords like 'RGB' and 'game', MSI wants to target AMD users on a tight budget with the Tomahawk B350. Compared to the X370, the B350 board lacks multi-card graphics support, but at a price of $ 85, the Tomahawk B350 looks to have some tricks on its sleeve. 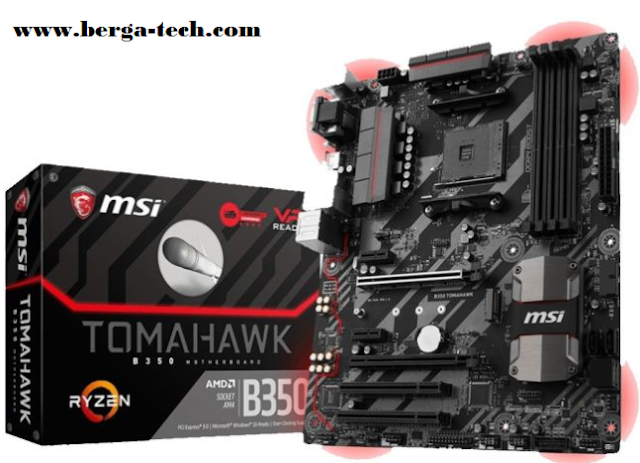 From the first glance, the MSI B350 Tomahawk combines a very unique style of glossy gray and glossy PCB, with a small but adequate set of small electric heatsinks. The thin PCH heat sheets resemble a shield, and look very fitting when compared to other styling boards. B350 Tomahawk from MSI follows what seems to be a general MSI trend in the bare component parts, and uses components that are regularly found on this price range board. This includes the use of Richtek RT8894A PWM controller running in 4 + 2 phase mode, with compliments of the most appropriate NIKOS MOSFET used.

To save costs, MSI B350 Tomahawk uses budget-oriented controllers, such as the Realtek ALC892 audio codec and Realtek 8111H network controller. The onboard video includes an HDMI 1.4 port, a DVI-D and VGA port. Users with APU expect DisplayPort to see the pricier motherboard option. 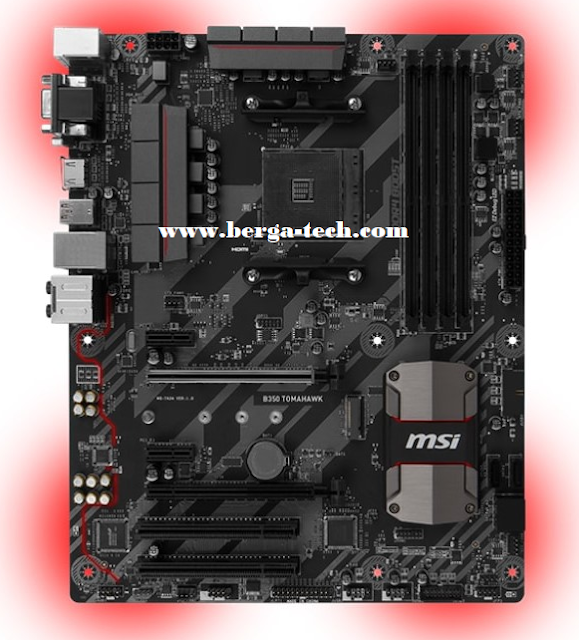 While the Tomahawk B350 technically supports CrossFire 2 directions, there is only one PCIe 3.0 x16 slot displayed with a second slot that actually runs on PCIe 2.0 x4; there are two PCIe 2.0 x1 slots again as well as two PCI slots. Visually, the Tomahawk B350 has LED lighting due to four red LED banks. There are also RGB LED headers.

Storage comes through four SATA 6Gb / s ports, two of which are vertical on the board, and one M.2 port. There are also four USB 3.0 ports on the back (three Type-A, one Type-C), four capable USB 3.0 ports from an internal header, two USB 2.0 ports on the back, and two USB 2.0 headers. There is a single feature of USB 3.1 Type-C, but further ports have been removed due to limitations on the B350 chipset. There is a strange MSI scenario that does not include a USB 3.1 (10 Gbps) port on the motherboard, especially since the chipset supports it.

It is clear that MSI's focus is on system builders and users who are looking for a cheaper cost-effective option for the wallet, but without sacrificing component quality and overall performance. Throughout our tests, we saw very comparable results in testing of various X370 options. For very basic boards that feature small LED backlighting, power consumption seems to fit with similar board on paper, and when under load, the results are favorable to MSI due to feature limitations. That being said, MSI B350 is more power than any other B350 we've tested.

Performance on the Tomahawk B350 is quite stable. Our performance graph shows that the B350 chipset is definitely equivalent to the X370 chipset. The B350's market target is more cost-sensitive, so using Realtek mid-range hardware would be standard, but this is a price segment it would have been commonplace. MSI B350 Tomahawk takes a very solid place in the budget motherboard segment, along with ATX B350 motherboard at the same price as Gigabyte AB350-Gaming and ASRock AB350 Gaming K4.

Users with budgets who want to squeeze a bit of extra performance from their Ryzen processor will be happy to know the MSI B350 Tomahawk comes with a one click OC button, but only through the software. The disadvantage of this feature is usually too much, to make sure the processor is running with enough headroom for stability. Speaking of over-volting, almost all X370 / B350 motherboards tested so far have been over-volted, even during manual overclocking; This is often trial and error, and although a little extra voltage (0.1-0.3 V) is unlikely to be hurt in a large scheme, the extra voltage takes into account the thermal increase of the chip, causing an increase. in power consumption 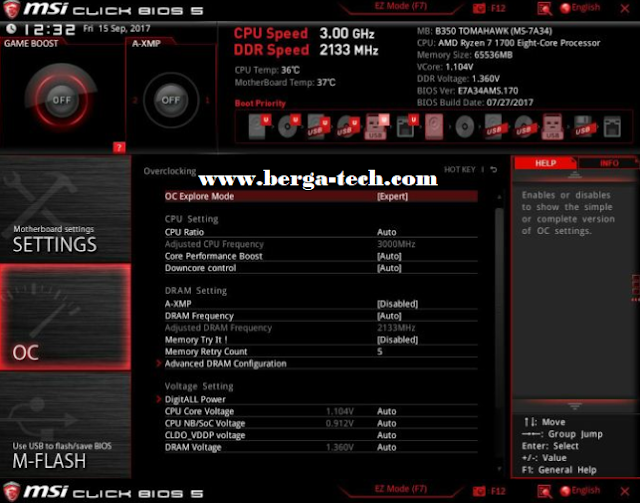 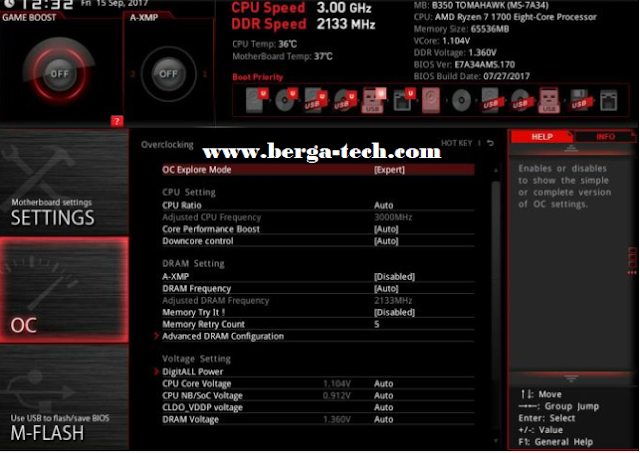 The best processor from AMD Ryzen 7 can be overclocked to 4.2 GHz at cooling around, while the Ryzen 7 1700 we use in our tests can go towards 4.0 GHz with a pretty good about 1.375 volts.

Our standard overclocking methodology is as follows. We selected the automatic overclock option and tested the stability with POV-Ray and OCCT to simulate high-end workload. This stability test aims to capture the immediate cause of memory or CPU errors.

For manual overclocks, based on information collected from previous tests, starting at the nominal voltage multiplier and CPU, and multipliers increased until the stability test fails. The CPU voltage increases gradually until the stability test is passed, and the process repeats until the motherboard reduces the multiplier automatically (due to safety protocol) or the CPU temperature reaches a very high level (100ºC +). Our test bed is not in the case, which should push the overclock higher with fresh air (cooler).


The Ryzen 7 1700 processor we use has a 3.0 GHz core and turbo 3.7 GHz clock speed, and is rated 65 W TDP (defined at the base frequency). When overclocked to 3.9 GHz with 1.375 volts, overall power consumption taken on the wall pushed around 196 W at the peak, which was a 63 W increase in stock performance.