Galaxy S8 screen keeps on dialing during calls? Here's how To Fix it

It takes Samsung months for the strict beta update cycle to bring Android 8.0 Oreo, and for most users, it seems to be worth the wait. But in addition to bringing many new features such as the mode of Picture-in-Picture and Notification Channels, Samsung has surprisingly also get rid of it.

One discontinued feature with Android 8.0 update seems to be the ability to keep the screen active during phone calls. It has been reported that the screen appears to be off not only during the Bluetooth call, but even when the speaker is turned on. This does not seem to be a mistake, but a deliberate deletion by Samsung, so the only thing you can do is find a way to resolve it.

Step 1: Use Keep Screen On app

It is not ideal that you have to get the app to use basic features such as keeping the screen active during calls on your Galaxy S8. However, Keep Screen On app is a tried and tested solution that does what it promises and helps you get features in an easy way. 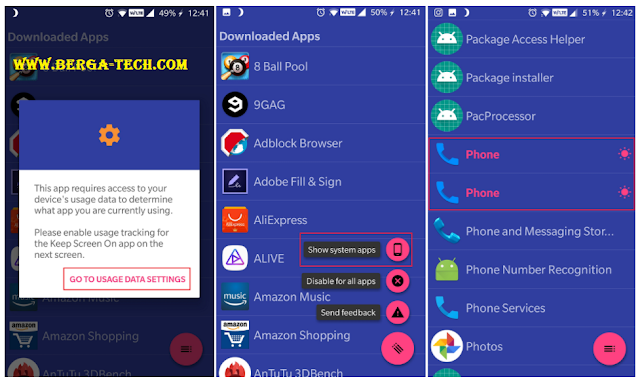 The main reason why the device screen should remain active during a phone call is when you are on the go. The best solution to this annoying problem on Galaxy S8 is to adopt Android Auto for your daily commute from A to B while it's safe on the phone.

Since Android Auto app is free to use and is compatible with most modern Android devices, you can use it well. For example, the Google Assistant feature not only lets you make calls and receive them hands-free but also listen and reply to text messages without moving your fingers.