This year, Samsung Galaxy S9 series supports wireless charging. Just like last year, right? Except that there is new hardware in the phone to charge wirelessly up to 15 watts, which is twice the speed of most phones (and more than double the Galaxy S8).

The charging speed is the only thing that keeps some people away from the wireless chargers, assuming their phone supports the feature. Even with advances in Qi standards and new charging pads, they are still much slower than cable charging. For Samsung phones, the sure bet for fastest charging has always been its own charger - product reviews for third-party fillers across the internet are full of people who mention problems using X phones with Y chargers.

Now that Samsung phones are technically supporting this new speed, we want to see how it translates to real world usage. Some manufacturers have debuted wireless chargers with 15W output, a substantial jump for 10 or 12W previously offered, and far more than the Samsung charger that reaches 9W. They are available from Ventev, Griffin, Belkin and Spigen, to name a few. So I bought a Ventev model to see how much faster than my own Samsung charger. 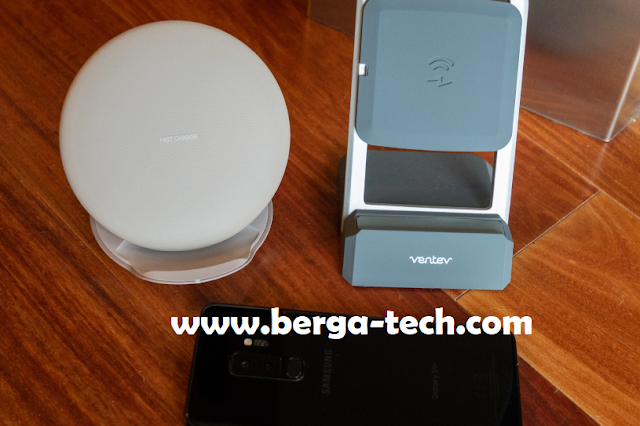 This is a simple test setting: run Galaxy S9 + down to 0%, then turn it back on when charging the charger and see how long it takes to reach 100%, measuring every 15 minutes. The test is done by phone in airplane mode, to override any foreign network activity that affects charging time. For the baseline, I also recorded the charging speed of the Fast Charge charger in the box.


You can see that the Ventev wireless charger, running at a much higher 15W output, is charged almost identically with the Samsung 9W wireless charger. Perform two more rounds of testing, including running with the phone entirely, yielding the same results within minutes.

Both chargers also charge the phone at a very linear rate, about 10-11% per 15 minutes, no battery charge; the only outlier being the last 5%, which turned out to be very slow. Total charging time is 2 hours 30 minutes, which is in line with the estimates given on the GS9 + key screen - the numbers are generally accurate. 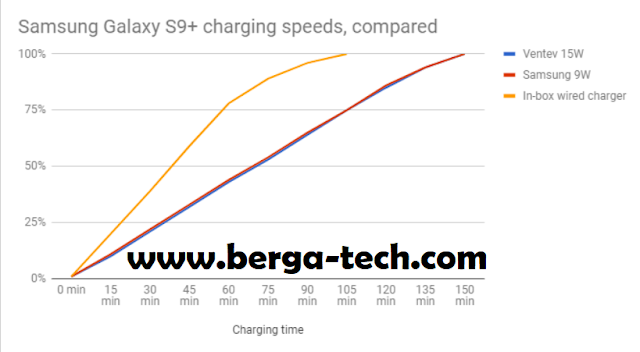 Even with a much higher wattage rating, the charging time is the same

After collecting all this data, it seems that Samsung has helped us by choosing not to emphasize the watt ratings of its own chargers and instead only standardize to brands like "Fast Charge." In this case, the higher-end and "faster" wireless chargers do not produce faster charging speeds in any way, but the Ventev charger is about $ 55 - more expensive than the current list for Samsung's latest chargers and much more than other low-wattage chargers.

Now is not bad news. Knowing that you can buy third-party wireless chargers that charge as fast as Samsung is great - and you get more choices for design, form factor, and price without sacrificing charging speed. And I do not think Ventev (and all the other companies listed above) are trying to mislead anyone - it's just trying to market its profits in filling out the output ... though as I pointed out here, it does not translate into profits in charging speed. Perhaps the Galaxy S9 series will be updated to support charging 15W (Apple iPhone 8 and X series has been updated through software to increase wireless charging from 5W to 7.5W), and we have contacted Samsung for details about this.


So after this test, we know to choose your wireless charger for its design, utility, and price - not necessarily claimed as a higher output. And when in doubt, know that Samsung's own wireless charger will provide the fastest speed for Samsung phones.