Huawei launched its P20 phone, whose company is heavily focused on 40 megapixel cameras,

The phone also has a high resolution 24-megapixel front camera and the camera has an unlock technique to unlock the phone by recognizing faces.

The phone uses the Kirin 970 processor used on Huawei Mate 10 phones with 6 GB of RAM and 128 GB of storage. This phone has a large battery capacity of 4000 mA 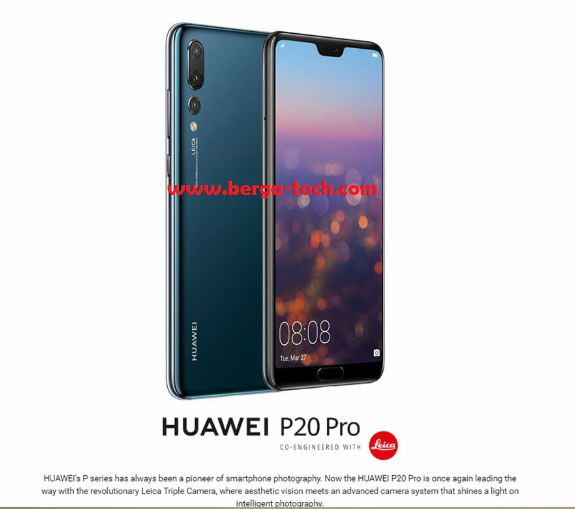 The handset comes from a Gorilla glass with an aluminum frame with an upper bulge that can be hidden from the phone's settings. The phone color may be available in blue and black,
but there is also a more beautiful version of the gradient color, which changes from purple at the top smoothly into turquoise green color at the bottom.

The phone is equipped with high gloss, but is designed to not leave fingerprints on the body of the phone and the camera is slightly higher than the mobile body so it is introduced to take the dust quickly.

Though the phone has a relatively large battery it is actually slimmer and lighter than the Samsung Galaxy S9 Plus and is only 7.8 mm thick and we see a little bending on the glass screen, but not on the same screen as Samsung phones.

The Huawei P20 Pro does not have a 3.5mm headphone jack, but it comes with a phone that converts a USB-C port to 3.5 mm, or you can use a wireless headset. Waterproof and dustproof phone with IP67 standard

The fingerprint sensor is present at the bottom of the Huawei P20 Pro screen, as in all modern Huawei devices, and there is no problem with it. It's very fast and works well.

This phone also works with face unlock technology and also very fast. Instead of using smart infrared technology like the iPhone X, the Huawei P20 Pro uses high resolution from the Front Camera to recognize your face. 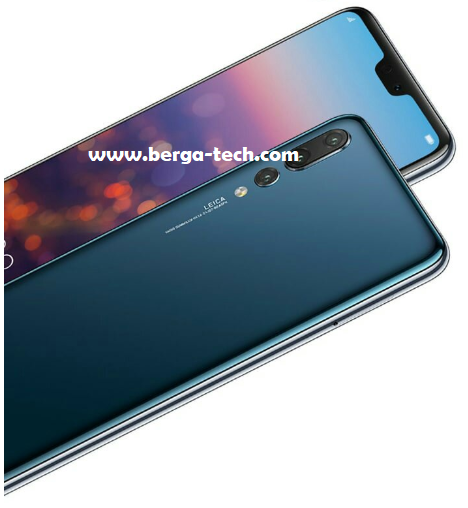 Like other Huawei phones, you can also adjust the color temperature to your liking, even though the default settings for the phone are good.

The display and color temperature can be changed to suit the ambient lighting conditions, and the top of the screen can be obscured to hide the full bump, which Huawei has introduced on this phone.

The phone has a large 4000 mA battery with excellent endurance. The phone battery works well in the standard video playback test, with a 90-minute video at maximum brightness. And only lost 9% in this test, which is exceptional.

The phone operates in a fast charging mode and charges the phone for one hour and 24 minutes for a 100% charged phone. It takes 45 minutes to get from 0% to 80% Unfortunately, your phone does not support wireless charging technology. 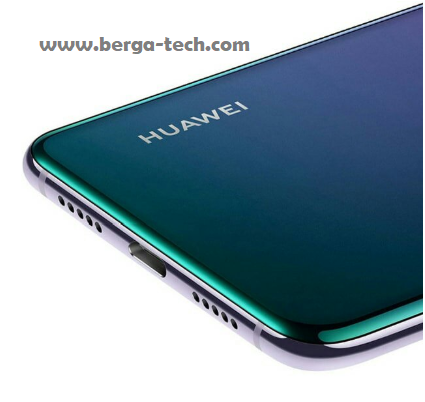 The camera comes with three cameras on the back, with a 40 megapixel camera, powered by a 20 megapixel black and white sensor that helps with processing, including reducing blurred images and increasing dynamic range. Megapixel, lets you zoom without using digital zoom

For camera optical zoom, approximate up to 3 times the image is very good, but up to 5 times better.
For photography with dim light, camera performance is great, and camera performance will be more than brilliant with strong lighting.

The phone is equipped with optical stabilization technology in the main camera. However, the camera with lens to zoom does not have an eye fixator, because the zoom lens effectively reduces the vibration in your hand.

Huawei P20 Pro uses relatively high ISO sensitivity at night. Using night mode, you can get ultra-accurate snaps with dynamic ranges and details that are far superior to any LG, Sony, Apple, or HTC phone. 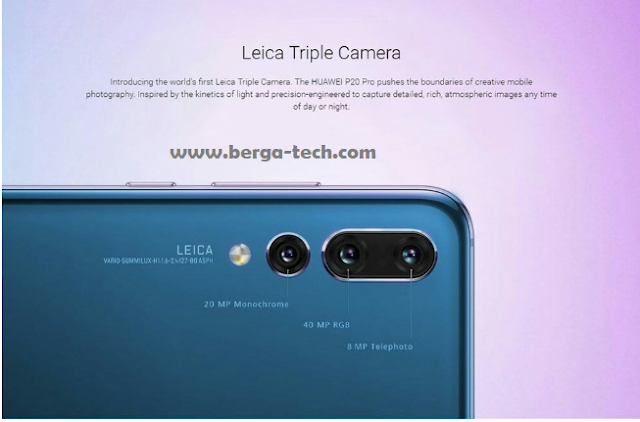 The phone is also equipped with artificial intelligence technology where Huawei P20 Pro continues to analyze and feed the camera, to see what you are shooting. You will get to know the food and landscape photos very quickly and with high accuracy.

The phone also has a high resolution 24-megapixel front camera, but Pixel 2 still takes a clearer picture with the right detail.

However, like a rear camera, this camera is resistant in low light, making us wonder if there are some automatic pixels. This is where pixel sensors are integrated to improve low light performance.

Huawei P20 Pro can record video up to 4K, but 1080p resolution is recommended when there is no visual fixation. 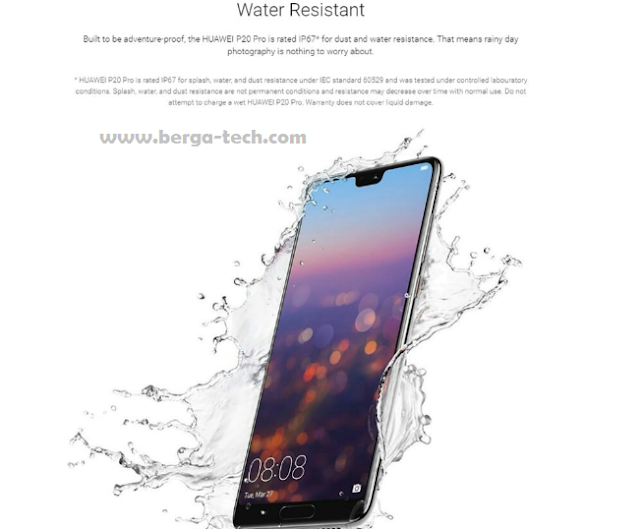 Huawei P20 Pro works on Android 8.1 with Huawei EMUI 8.1 interface.
When you start your device for the first time, it does not have a list of apps, but uses settings like iOS, where all your apps are on your home screen, so you can organize them in folders.

The high-quality alphanumeric navigation bar at the far right of the screen allows you to navigate quickly through the app group. A row of frequently used or recently used apps is located at the top of the screen.

The phone supports theme changes and there are dozens of themes offered by Huawei's mobile phone fans and this phone contains 12 themes that have been pre-installed by the company's production.

The EMUI performance in Huawei P20 Pro is great. The display is very fast and responsive, and application loading times are much shorter but still require some improvements. 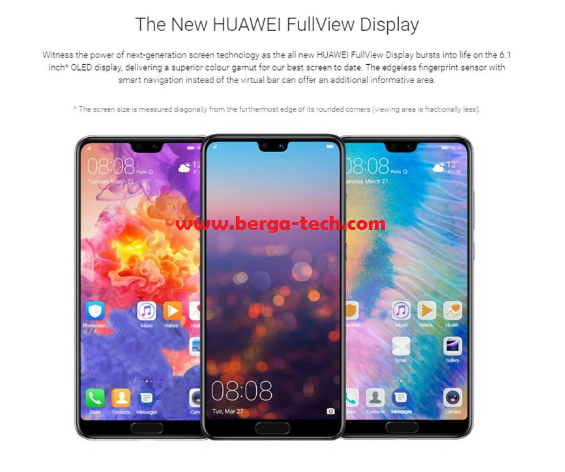 The phone is powered by a Kirin 970 processor that is used in Huawei Mate 10 phones and comes with eight ports. Four are Cortex-A73s, designed for high performance tasks, and four other Cortex-A53s, for everyday use.

This phone also has less graphics than Galaxy S9 Plus, 12 Mali G72, where Exynos and Snapdragon Samsung version either use G13 with G13 or Adreno 630 premium. 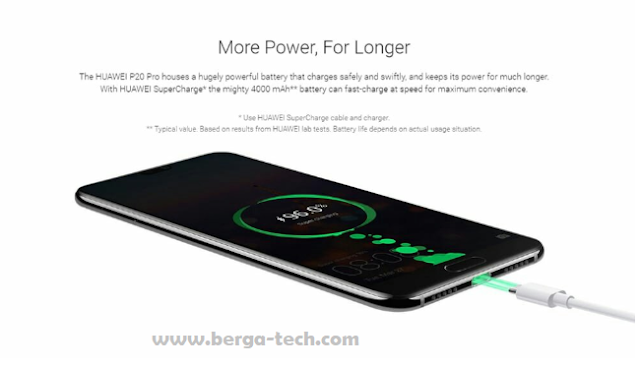 One feature that distinguishes this phone is the ability to hide extrusion on the screen as soon as the game is played automatically, but it does not work with all games or apps that are observed so as not to disappear automatically when running Spotify where extrusion stays in place but with Candy games Crush Saga and Asphalt 8 HID Extrusion automatically, which is rather smart and somewhat innovative.

Huawei P20 Pro may not have the most powerful graphics processor in the mobile world, but it has many advanced features with projectors no larger than 1080p.
The phone has its own video and audio applications. This is a basic player that lets you view or listen to content on your phone. The phone also has excellent speakers that offer excellent sound quality in listening and with games. 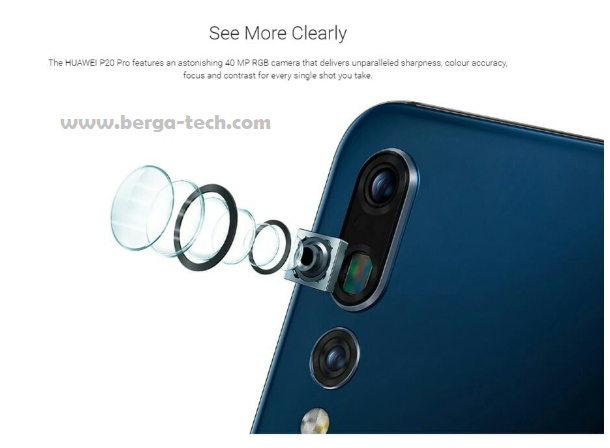 This phone is for those who want new and exciting technology but can not afford the price of iPhone X or Samsung Galaxy S9 Plus.

Although they are not cheap phones for the class, but they are still at a more reasonable price than the phone. This short phone is a big win for Huawei and arguably the best that Huawei has provided so far.