ASUS producing gaming smartphone is one of the more esoteric news at this year's Computex 2018 trade show. To turn on shooting right at Razer's bow, ASUS puts its ROG credentials on-screen: Snapdragon 845 speeds running at higher frequencies than standard S845 smartphones, higher than the standard 90 Hz refresh rate display with 1ms response time and 108% gamut DCI -P3, programmable AirTrigger ultrasonic sensors, force feedback, and an additional dock for purchase. One of the key elements is that ASUS builds this phone with a thickness of 11mm, well above the 7-8mm we see on today's flagship smartphone. They've added extra volume for extraordinary usage for extra batteries, more haptics, larger speakers, more connectivity, and this is a display of what we can see if other smartphone manufacturers offer little extra z-height. 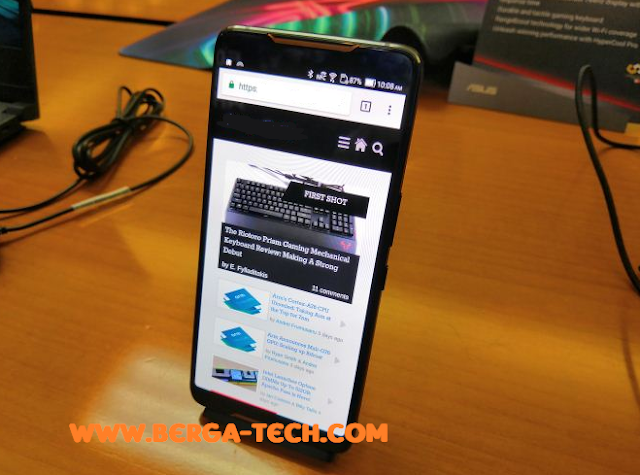 The 2160-inch 2160-inch AMOLED screen is paired with Snapdragon 845 SoC, 8GB DRAM, 128GB, and 512GB of UFS 2.1 storage, along with 4000mAh battery, 20W ASUS Hyper Charge, support for 24-bit audio, and Corning Glass fry. One of ASUS 'main marketing points is the use of ASUS Aura RGB lighting, with companies stating that this is one of the first (if not the first) phones to fully utilize RGB in this way 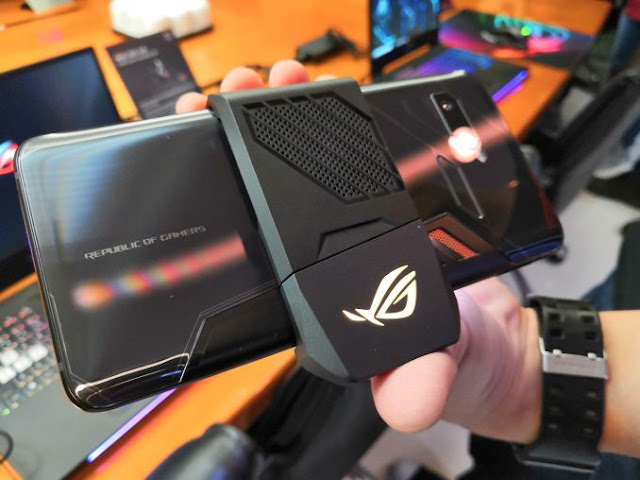 For control, ASUS will add three ultrasonic touch sensors - two shoulder triggers become the main ones. It's designed to be fully programmable and more sensitive with haptic feedback.

With the AeroActive cooler, bundled with the phone, apart from an additional fan to help cool the phone and sweaty fingers, it provides additional Plug-in USB Type connectors on the side for direct charging, HDMI output, Gigabit Ethernet and headphones. 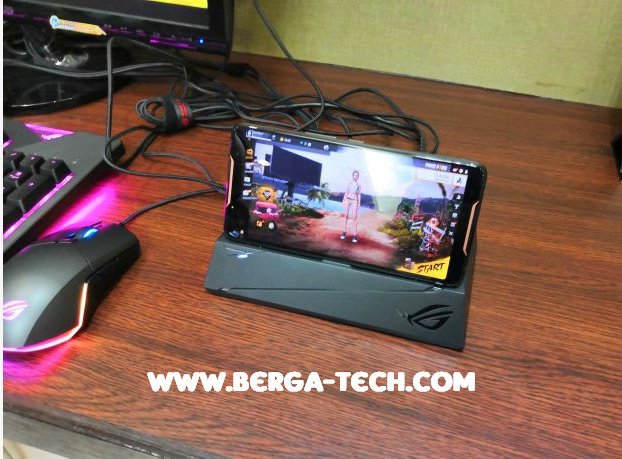 Mobile Desktop Dock, another accessory, allows the phone to be connected to a 4K network of monitors, mice, keyboards, and gigabit cables. 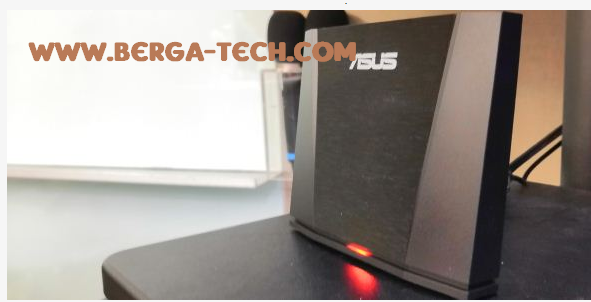 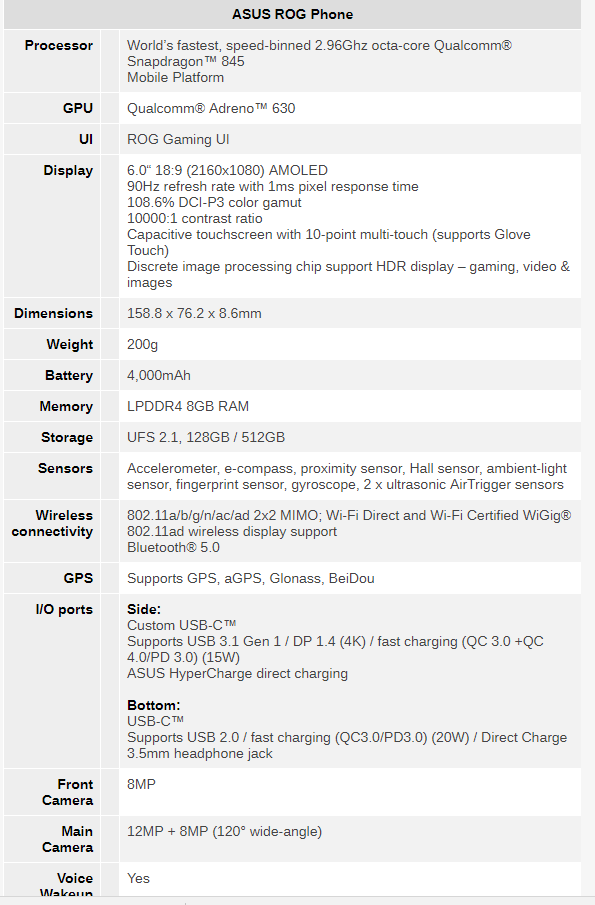