Tim Michaud, a "Security Nerd" from Texas, has thrown a cat among the pigeons in the jailbreak community by speculating that a newly discovered launch bug could theoretically pave the way for the iOS 11.3.1 unplugged Electra jailbreak.

Tweets have been taken and shared online with posters quoting Michaud saying that the unmarped iOS 11.3.1 jailbreak should be "straight forward."

What is not shown is that Michaud then qualifies the statement by confirming that he is not an exploit developer and that the whole process "may not be too straight forward" at all. So, as we used to do in the jailbreak community, one hand gives joy and then the others seem to grab it as fast as it's given. But what is truth?

It seems that it lies somewhere in the middle, @nullriver, one of the esteemed developers involved in the creation of Electra, has replied to a topic confirming that they know of upcoming launch bugs but they do not know much about it at this stage, and therefore can not comment on the possibility of bringing an experience that is not attached to the iOS 11.3.1 device based on its integration. 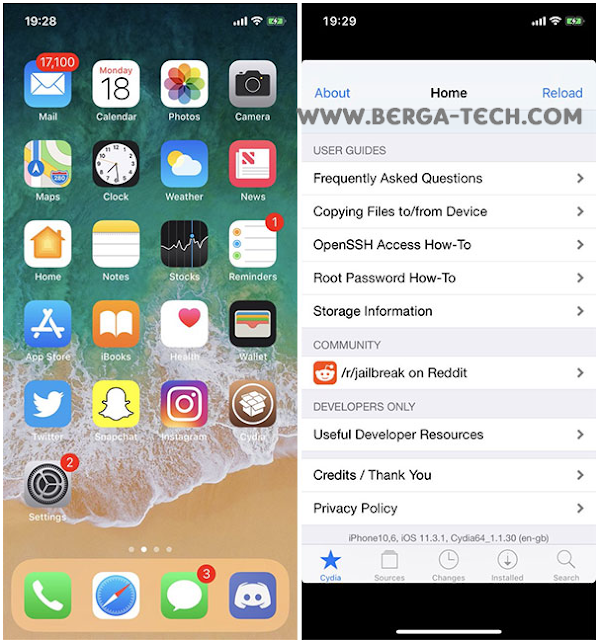 Michaud initially suggested that he believed that the great would "allow rejailbreaking at boot", which is the essence of the immaculate experience.

@nullriver has also taken online threads to state that it is a "possibility" that Electra can benefit from this, but the original assumption is on the same bugs consumed by Evasi0n jailbreak capable of "doing extensive kernel patches during their jailbreak." poured a bit of sour milk on the theory by suggesting that extra_list does not offer the level of reliability required to come as an unbounded package.


So where does it leave us? Well, maybe in the same position as us before this information is filtered into the public domain. We can still expect the latest version of Electra with iPhone and iPad jailbreak capabilities running iOS 11.3.1. Whether or not an untether will appear on the line still guesses anyone. If there is a solid advance ahead of this, we will make sure to let you know.