There is an entire online community dedicated to guessing which designs Apple will release next, but some designers keep making their own rather than waiting to see the official version. Digital designer / artist Ricardo Afonso created this transparent iPad to show what the next generation of very popular tablet computers will look like. 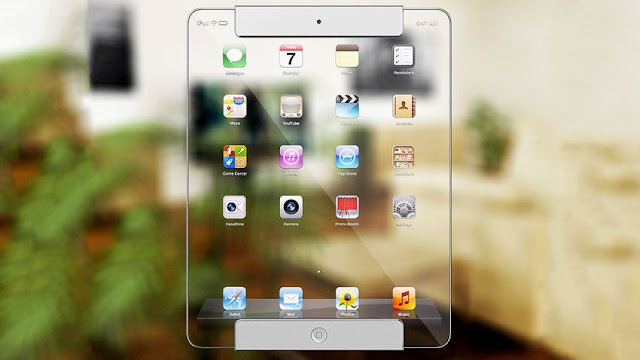 The transparent concept is far more stylish than the current generation iPad. Its body is almost entirely translucent glass, in addition to two small bars at the top and bottom. This bar provides a place to hold and hold the camera, microphone, speaker and power button, along with all the other "guts" that are usually hidden in the gadget's body. 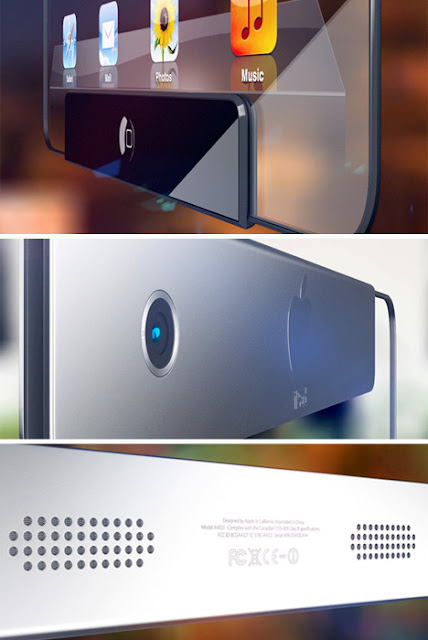 Here is a design concept for a transparent iPad by artist Ricardo Afonso that might seem absurd, but a transparent screen is certainly not impossible. Just look at the thinness and beauty of this iPad concept. Really looks mysterious.

What is the mystery? Well, where does this thin tablet work? Apparently, they should be at the top or bottom, which is opaque and seems big enough to hold iPad innards that are much smaller than the current tablet.

However, given the iPad miniaturization step, placing all of the electronics in two small spaces is not entirely impossible. One thing is certain: Battery technology must be improved to meet the miniature limits.

Afonso created a digital 3D model of what he called the "futuristic tablet concept based on the Apple iPad," and sold the files on the website of the digital media supplier company, Turbo Squid.

We think this is a really beautiful design. Not impossible at all. If some of the technologies attached to the transparent display that we have seen at some previous techno-trade exhibits have succeeded, this design might be possible at the same time as the iPad 6 was launched.