Money Heist, the popular Netflix series just released for the 4th season. Hype, excitement, curiosity, too much sensation even during this pandemic situation. People in Spain gather wearing clothes, masks of money theft series. You might have watched the 4th season or not, but I can say this season is also great. Even though the recurring scene was there but overall it was very good. I'm party watching the season on its release. Many people ask for wallpapers that can be paired on smartphones. So here they are, I have collected Money Heist Wallpapers from the 4th season installments and some other exclusive wallpapers. This is a Money Hesit Wallpaper HD format. Some wallpapers are downloaded from their Instagram page so the quality may be lower. Apart from that all the other wallpapers are good. I will give you a few previews so you can check yourself. The wallpaper includes the Berlin Heist money wallpaper, and this season's special wallpaper in Nairobi. Lacasadepapel wallpapers are listed below. You will know why he is special after watching this season. 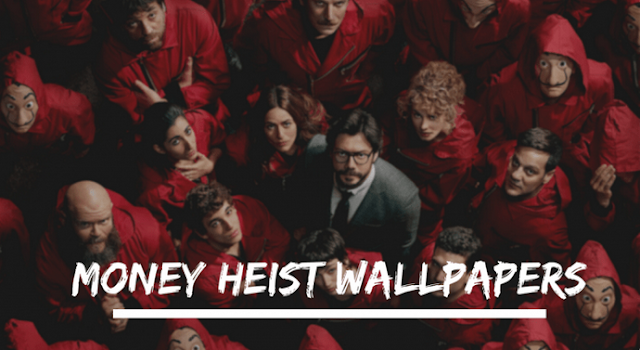 Download the ZIP File from the link below. Extract and then you can set the wallpaper as a home screen or lock the screen if desired. So let's check a few screenshots for more visual references. Check below Lacasadepapel Wallpaper Screnshots.

Beware there are some spoilers!! As always there was lots of hype going around on social media and all other discussion forums. Season 3 ended on really heart breaking moment. Lisbon’s fake execution which eventually broke Professor mind was shown at the end of season 3. Nairobi getting shot and the hints of plan failing were shown at the end of season 3. I immdidately started watching as soon as it was released. Season 4 starts at the same point where Season 3 was ended. Profesor roaming in the wood furioously broken down over a fake excution of Lison. 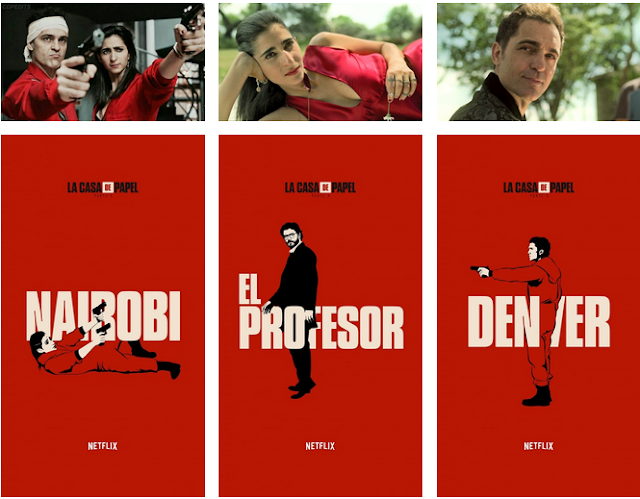 The plan finally became nearly a failure due to internal conflicts between gang members rising. The difference between Tokyo and the gang leader Palermo. The difference between Denver and Stockholm reached its peak. Meanwhile, the most hated person in the Arturito series continues to plan his annoying tactics. Nairobi got a surgeon and he became healthy after surgery ... but only for a short time. Palermo because of his ego releasing the dangerous killer Gandia. He almost defeated every member of the theft gang. Here's another bomb ... He killed Nairobi! okay i think it is enogh from spoilers but the ending is very crazy and tense to watch. Watch now in this qurantine period !!